(Article originally published in the December 10th, 2020 issue of The Victoria Advocate) 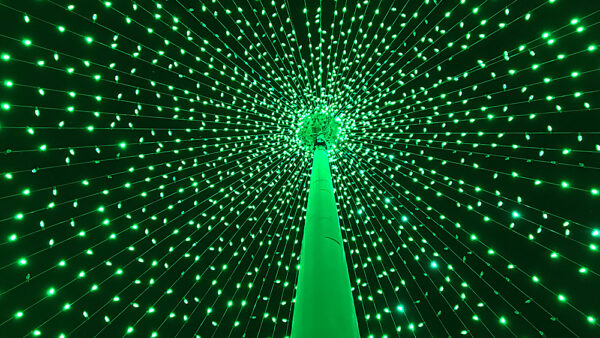 Residents of some places can only imagine what $1 million in Christmas lights looks like, but not the residents living in the Crossroads. Just such an extravaganza of lights is available at Christmas in the Park in Cuero. The self-guided, drive-thu tour of lights is open every day, even on rainy days and holidays, from 6 to 10 p.m., through New Year’s Day.

“In the past 20 years, we have invested nearly $1 million into our lighted display,” said Samantha Bayfus, administrative assistant for the Cuero Development Corporation, in an email.

The park has more than 275 lighted displays throughout the Cuero Municipal Park. Three hundred snowflakes and 90 trees and deer provide sparkle among the lighted scenes. New displays this year include a set of dancing trees, a directional elf, a bear in a stocking, heart hands with a rainbow and saved by the anchor, which is a cross with an anchor. Donor signs will not be on display this year except for the newly purchased lighted scenes. Last year, 16 new displays added to the awe….