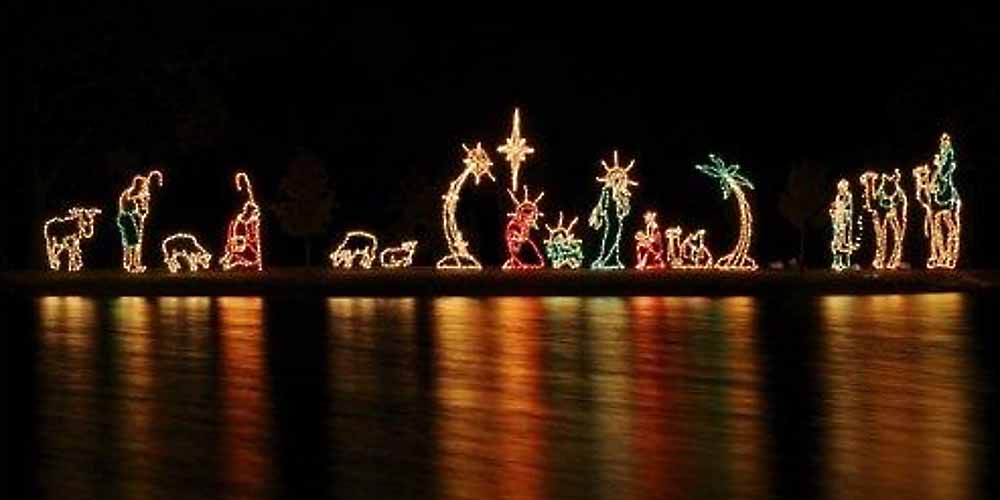 What started in the year 2000 with the wrapping of several trees at the entrance, placing lights and placing a Christmas tree in the gazebo at the Cuero Municipal Park, has evolved into a free self-guided driving tour featuring almost 300 lighted displays and several hundred snowflakes/trees.

Voted Victoria Advocate’s Best of the Best Holiday Event for the eighth (8th) consecutive year, this holiday event is witnessed by almost 100,000 visitors in over 19,000 vehicles annually.

Like all major undertakings, there is a great deal of planning and coordination to make the event occur. The December Events Committee, an ad hoc committee of the Cuero Development Corporation sponsors the event. However, without the untiring work of the Community Squad of the Texas Department of Criminal Justice – Stevenson Unit, the City of Cuero, and the numerous volunteers, this family tradition would not be as successful.

We are so pleased that last year was the first year of all LED bulbs that really not only brightened the displays, but really helped cut down on our energy bill. A good problem to have is that there will be several new displays added this year and we are running out of space.

For more information on Cuero’s Christmas in the Park, contact the Cuero Development Corporation at 361-275-8178; email cueroed@cityofcuero.com; or visit their website at www.cuerochristmasinthepark.org